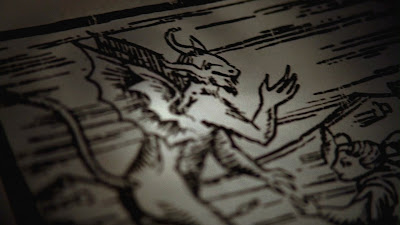 Augustine wrote a short treatise (in Latin) on demons, De divinatione daemonorum / On the divination of demons. He discusses the powers of demons and how they operate in deceiving us. The English Translation was done by Dr. Mattias Gassman.

Some other things Augustine says about demons:

But we should fear not, for the  Lord will prevail against them.

Here is the Microsoft Word file (.docx) which you may download. There is also a PDF document here.

The Bible does clearly speak to the existence of demons, and the power Jesus and His disciples had to control them. Today in the West most people, even most Christians, are ignorant of the reality of demons and the spiritual warfare raging constantly around us. Scripture is also clear that people can be possessed by demons.

Demons are spiritual beings. Yet they can take shape, form and be visible to humans (Job 4:15). They can attack us in a number of ways. Some examples from Scripture include:

The Bible also teaches that angels will be judged by us! Paul asked the Corinthians, “Do you not know that we are to judge angels?” (1 Cor. 6:3). Perhaps this will occur during the Millennial Kingdom when Christ will rule for a 1,000 years from Jerusalem.

Demons are fallen angels who sided with Satan in rebellion against God. Thus they are enemies of God, but they are already defeated by Jesus! Christ has “disarmed the powers and authorities,” and He has “made a public spectacle of them, triumphing over them by the cross” (Colossians 2:15). If we submit to God and resist the devil, we have nothing to fear. “The one who is in you is greater than the one who is in the world” (1 John 4:4).

Here are some verses from the Bible about demons.

We should remember that as Christians we have the Holy Spirit living inside us so it is absolutely impossible for a Christian to be possessed by a demon. Demons can oppress us though. But we have power through Christ to resists their attacks and to defeat them!