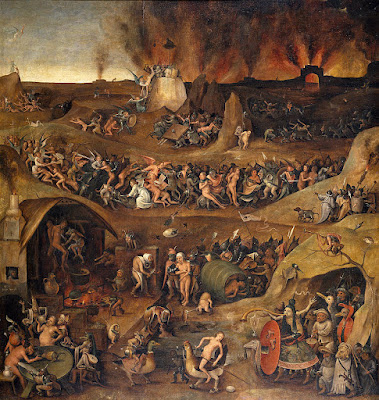 We as humans are beings created by God and we possess an immortal soul. Scripture clearly teaches that when we die we will go to either Heaven (if we are in Christ) or Hell (if we die apart from saving faith in Him).

What is Hell like? Who goes there? Is there a chance to be redeemed in Hell? What happens to a soul in Hell?

I believe Scripture clearly teaches that Hell will be a place of eternal conscious torment (ECT).

The Devil who deceived them, was cast into the lake of fire and brimstone where the beast and the false prophet are. And they will be tormented day and night forever and ever.”

The pronoun they in that verse refers back to the Devil, the Beast (aka Antichrist) and the False Prophet. So Satan and some humans will suffer for eternity. According to Scripture, their eternal destiny will be torment day and night forever and ever. That equals eternal torment. From this we can also conclude that the souls of the Antichrist and False  Prophet are eternal, since they won’t be annihilated out of existence. This same truth is repeatedly substantiated throughout Scripture. Moreover, the Greek word translated tormented in Rev. 20:10, with its meaning, is:

That verse reveals that the demons already know what their future destiny will be, that is, torment not annihilation. Consequently, this   verse and Rev. 20:10 together give us in-depth insights into the everlasting fire prepared for the devil and his angels:

Then He will also say to those on the left hand, “Depart from Me, you cursed, into the everlasting fire prepared for the devil   and his angels” (Mt. 25:41, NKJV).

Jesus declares in Matthew 25:41 that the destiny of the wicked who are unsaved is “the eternal fire prepared for the devil.” Matthew 25:46 uses the same adjective, eternal, to describe the fates of the lost and saved: “eternal punishment” and “eternal life.” Jesus depicts “hell” as a place “where their worm does not die, and the fire is not quenched” (Mark 9:47–48). Paul’s reference to “eternal destruction” in 2 Thessalonians 1:9, indicates a figurative devastation that the damned will experience forever in hell, separated from the Lord’s presence. Revelation 14:10, where we read that the impenitent “will be tormented with burning sulfur,” depicts the hellfire imagery as agony, not annihilation. John speaks of everlasting torment when he adds, “and the smoke of their torment rises for ever and ever” (v. 11). John’s description of Satan’s fate in Revelation 20:10 as being placed in “the lake of fire and sulfur” and being “tormented day and night for ever and ever” signifies everlasting pain, a fate that lost human beings share (Rev. 20:15).

Throughout Church history, ECT has been the majority view. Here is a partial list of some of the great Christian theologians who  have upheld ECT: Tertullian, Augustine, Aquinas, Luther, Calvin, Edwards, Wesley, Francis Pieper, Louis Berkhof, Lewis Sperry Chafer, and Millard Erickson.

Here is a list of 10 verses in Scripture which teach ECT. 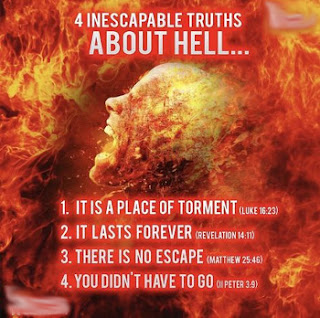 If you are reading this and are not saved, please don’t delay, repent of your sins, believe the Gospel (that Christ the Second Person of the Triune God led a sinless life on earth, died for your sins, and resurrected on the third day.) and trust in Christ alone and live for Him. If you do this you will be saved and will escape the horrible eternal torment of Hell!