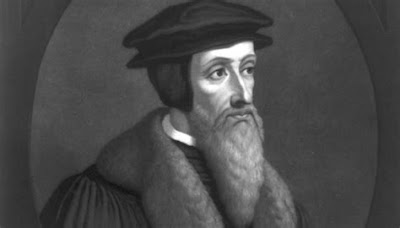 It is often asserted that Calvinism creates a barrier to evangelism and missions. The accusation usually comes in the form of questions. How could those who believe the Scriptures teach predestination and election truly have a heart for missions? If God has determined who shall be saved, why would there be any need to engage in evangelism or missions? And yet, we can safely say that this is an argument lacking historical proof (and theological basis).

* John Calvin: Calvin sent missionaries from Geneva into France and as far away as Brazil. Most of these young men sent to France died a martyr’s death, but the church of Geneva continued to send them.

* John Eliot: A missionary sent to the American Indians in the 1600’s. He is believed to be the first missionary among this people group. As many have said, if William Carey is the father of the modern mission’s movement, then John Eliot is its grandfather.

* David Brainerd: A missionary to the American Indians in the 1700’s. Many historians believe that he has sent more individuals into the mission field than any other person in the history of the church via his diary, An Account of the Life of the Late Reverend David Brainerd.

* Theodorus Frelinghuysen: The great evangelist and preacher, who set the stage for the First Great Awakening in the middle colonies.

* Jonathan Edwards: The great theologian, writer, and preacher of the First Great Awakening. He was also a missionary to the Indians.

* George Whitfield: The great voice and preacher of the First Great Awakening. He journeyed across the Atlantic Ocean thirteen times and scholars believe he preached over 18,000 sermons.

* William Tennent: He founded the Log College, which later became Princeton University. This college trained pastors and provided many of the revivalist preachers of the First Great Awakening.

* Samuel Davies: The famous President of the College of New Jersey (Princeton University), preacher of the First Great Awakening, and evangelist to the slaves of Virginia. It is believed that hundreds of slaves came to saving faith through his evangelism efforts.

* William Carey: He is the famous missionary to India and is considered the father of the modern mission’s movement.

* Robert Moffat: The first missionary to reach the interior of Africa with the Gospel. He translated the entire Bible and Pilgrim’s Progess into Setswana.

* David Livingstone: Arguably, the most famous missionary to the continent of Africa.

* Robert Morrison: The first Protestant missionary to China and the first to translate the Bible into Chinese.

* Peter Parker: An American physician and missionary to China who first introduced Western medical techniques to the Chinese. He also served as the president of the Medical Missionary Society of China.

* Adoniram Judson: The famous missionary to Burma, translated the Bible into Burmese, and established multiple Baptist Churches in Burma. His mission work led many to enter the mission field and was foundational for forming the first Baptist association in America.

* Charles Simeon: The vicar of Holy Trinity Church and the founding figure of the Church Missionary Society. This organization was instrumental in leading many students to the mission field. The Society itself has sent more than 9,000 missionaries into the world.

* Henry Martyn: The renowned missionary to India and Persia. He preached in the face of opposition and translated the New Testament into a number of languages.

* Samuel Zwemer: He is affectionately known as “The Apostle to Islam.” His legacy includes efforts in Bahrain, Arabia, Egypt, and Asia Minor. His writing was used by the Lord to encourage and mobilize an entire generation of missionaries to labor in Islamic countries.

* John Stott: Scholar, preacher, pastor, and evangelist of the twentieth century. He was one of the principle authors and the influential leader in establishing the Lausanne Covenant, which promoted world-wide evangelism.

* Francis Schaeffer: Pastor and found of L’Abri, which has been used by the Lord to draw many to saving faith as they intellectually wrestled with the tenants of Christianity.

* D. James Kennedy: The founder of Evangelism Explosion, which many believe is the most widely used evangelistic training curriculum in church history.

* John Piper: Pastor, writer, and theologian, who has been used by the Lord to define missions and send many young people into the mission field.

Does Calvinism kill missions? The evidence suggests something wholly other. This is just a small sampling of some of the influential Calvinist missionaries and mission’s leaders in the history of the church. Biblical Calvinists understand that God uses means to call His elect to salvation. Therefore, we don’t shy away from missions or evangelism. As history shows, Calvinism actually encourages missions and evangelism. In fact, many of the greatest missionaries and leaders in missions throughout the history of the church have been Calvinists!