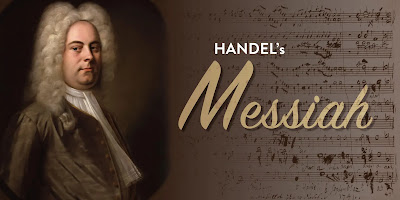 Here is a filmed performance of Handel’s epic sacred vocal work “Messiah”. Recorded from a BBC broadcast in 1982.

Handel’s Messiah is one of my most favorite sacred vocal works. Here is my favorite recording of it featuring my all time favorite soprano, the incomparable Emma Kirkby. Recorded with the Academy of Ancient Music – Christopher Hogwood conducting. This performance used historically informed performance practices. So the tempi are faster than in most performances of the modern era and authentic instruments are used, that sound as they would have in the 17th century.

This is authentic performance of Handel’s Messiah, recorded in 1982 in Westminster Abbey for television.  The musical interpretation is extremely compelling, and the well-known soloists are superb, true to the style of the music (no excess vibrato here, by pumped up divas), and add their own sparkling embellishments.

Set against this, the video quality and camerawork is poor by modern TV standards, and it is hard not to be distracted and amused by some wonderfully 80s hairstyles (and David Thomas’ rather manic gurning!).  Nevertheless, having the video element adds greatly to the music.

Handel is my second favorite Baroque composer, the first being majestic and divine J.S. Bach! Christoper  Hogwood died over 7 years from a long unspecified illness. The world of music is much poorer in his absence.

Please enjoy this brilliant performance of this wonderful piece!