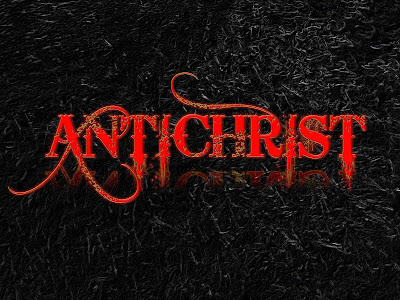 Historically the Reformers of the great Protestant Reformation believed the office of the pope to be the Antichrist.The Bible doesn’t say anything exactly about where the Antichrist will come from. Many Bible scholars speculate that he will come from a confederacy of ten nations and/or a reborn Roman empire (Daniel 7:24-25; Revelation 17:7). Others see him as having to be a Jew in order to claim to be the Messiah. Some say he will be Muslim. It is all just speculation since the Bible does not specifically say where the Antichrist will come from or what ethnicity he will be. We can be sure that one day, the Antichrist will be revealed. Second Thessalonians 2:3-4 tells us how we will recognize the Antichrist: “don’t let anyone deceive you in any way, for that day will not come until the rebellion occurs and the man of lawlessness is revealed, the man doomed to destruction. He will oppose and will exalt himself over everything that is called God or is worshiped, so that he sets himself up in God’s temple, proclaiming himself to be God.”

Revelation 13:5-8 says, “The beast was given a mouth to utter proud words and blasphemies and to exercise his authority for forty-two months. He opened his mouth to blaspheme God, and to slander his name and his dwelling place and those who live in heaven. He was given power to make war against the saints and to conquer them. And he was given authority over every tribe, people, language and nation. All inhabitants of the earth will worship the beast—all whose names have not been written in the book of life belonging to the Lamb that was slain from the creation of the world.”

I believe the Antichrist won’t be revealed until after the Rapture of the Church. He will be a charismatic figure, he’ll do many amazing things and bring about apparent world peace. But it’s all a deception.

MARTIN LUTHER (1483-1546)
“We are convinced that the papacy is the seat of the true and real Antichrist.” Luther’s Werke, v. 2, p. 167
“We here are of the conviction that the papacy is the seat of the true and real Antichrist…personally I declare that I owe the Pope no other obedience than that to Antichrist.” L. Froom, Prophetic Faith of our Fathers Volume 2 (Washington D.C: Review and Herald, 1948): 121
“You should know that the pope is the real, true, final Antichrist, of whom the entire Scripture speaks, whom the Lord is beginning to consume with the spirit of His mouth and will very soon destroy and slay with the brightness of His coming.” Luther’s Werke, vol. 8, p. 554
“nothing else than the kingdom of Babylon and of very Antichrist…. For who is the man of sin and the son of perdition, but he who by his teaching and his ordinances increases the sin and perdition of souls in the church; while he yet sits in the church as if he were God? All these conditions have now for many ages been fulfilled by the papal tyranny.” Martin Luther, First Principles, pp. 196-197
“I am practically cornered, and can hardly doubt any more, that the Pope is really the Antichrist… because everything so exactly corresponds to the way of his life, actions, words and commandments.” Martin Luther, Schriften volume 21a, column 234, as translated in George Waddington, A History of the Reformation on the continent volume 1 (1841)
“Already I feel greater liberty in my heart; for at last I know that the pope is antichrist, and that his throne is that of Satan himself.” Martin Luther, as quoted in D’Aubigné, book 6 chapter 9
“We are not the first who interpret the Papacy as the kingdom of Antichrist…He (John Purvey in 1390 AD) rightly and truly pronounces the Pope “Antichrist” as he is…a witness indeed, foreordained by God to confirm our doctrine.” Martin Luther, Commentarius in Apocalypsin (reprint)

JOHN WESLEY (1703-1791)
“He is in an emphatical sense, the Man of Sin, as he increases all manner of sin above measure. And he is, too, properly styled the Son of Perdition, as he has caused the death of numberless multitudes, both of his opposers and followers… He it is…that exalteth himself above all that is called God, or that is worshipped… claiming the highest power, and highest honor… claiming the prerogatives which belong to God alone.” Albert Close, Antichrist and His Ten Kingdoms, London: Thynne and Co., 1917, p. 110

KING JAMES (1566-1625) AUTHORIZED THE KING JAMES VERSION OF THE BIBLE
“The faithfull praiseth God for the Popes destruction, and their deliverance,” and for “the plagues which are to light on him and his followers.” “The Pope by his Pardons makes merchandise of the soules of men: Heaven and the Saints reioyce at his destruction, albiet the earth and the worldlings lament for the same” James I, Paraphrase, in Workes, pp. 47, 57

JOHN WYCLIF (1324-1384) COMPLETED THE 1ST ENGLISH TRANSLATION OF THE BIBLE
“Why is it necessary in unbelief to look for another Antichrist? Hence in the seventh chapter of Daniel Antichrist is forcefully described by a horn arising in the time of the 4th kingdom. For it grew from [among] our powerful ones, more horrible, more cruel, and more greedy, because by reckoning the pagans and our Christians by name, a lesser [greater?] struggle for the temporals is not recorded in any preceding time. Therefore the ten horns are the whole of our temporal rulers, and the horn has arisen from the ten horns, having eyes and a mouth speaking great things against the Lofty One, and wearing out the saints of the Most High, and thinking that he is able to change times and laws.” (Daniel 7:8, 25 quoted) …”For so our clergy foresee the lord pope, as it is said of the eighth blaspheming little head.” Translated from Wyclif’s, De Veritate Sacrae Scripturae, vol. 3 pp. 262, 263

WILLIAM TYNDALE (1484-1536) 1ST TRANSLATOR OF THE BIBLE FROM THE GREEK
“The pope’s forbidding matrimony, and to eat of meats created of God for man’s use, which is devilish doctrine by Paul’s prophecy,… are tokens good enough that he is the right antichrist, and his doctrine sprung of the devil.” 1 Timothy 4:1-3 Tyndale, An Answer to Sir Thomas More’s Dialogue, in Works, vol. 3, p. 171

JOHN KNOX (1505-1572)
“He preached that Romish traditions and ceremonies should be abolished along with “that tyranny which the Pope himself has for so many ages exercised over the church” and that he should be acknowledged as “the son of perdition, of whom Paul speaks.” In a public challenge he declared: “As for your Roman Church, as it is now corrupted… I no more doubt but that it is the synagogue of Satan, and the head therof, called the Pope, to be the man of sin of whom the apostle speaketh.”” Knox, The Zurich Letters, p.199

PHILIPP MELANCHTHON (1497-1560)
“Since it is certain that the pontiffs and the monks have forbidden marriage, it is most manifest, and true without any doubt, that the Roman Pontiff, with his whole order and kingdom, is very Antichrist. Likewise in 2 Thess. II, Paul clearly says that the man of sin will rule in the church exalting himself above the worship of God, etc.” Translated from Melanchthon, Disputationes, No. 56, “De Matrimonio”, in Opera ‘Corpus Reformatorum’, vol. 12 col. 535

THOMAS CRANMER (1489 – 1556)
“Whereof it followeth Rome to be the seat of Antichrist, and the pope to be very antichrist himself. I could prove the same by many other scriptures, old writers, and strong reasons.” Works by Cranmer, vol.1, pp.6-7

HULDREICH ZWINGLI (1484-1531)
“I know that in it works the might and power of the Devil, that is, of the Antichrist… the Papacy has to be abolished… But by no other means can it be more thoroughly routed than by the word of God (2 Thessalonians 2), because as soon as the world receives this in the right way, it will turn away from the Pope without compulsion.” Principle Works of Zwingli, Vol. 7, p. 135

THE WESTMINSTER CONFESSION OF FAITH (1646)
“There is no other head of the Church but the Lord Jesus Christ: nor can the Pope of Rome in any sense be head thereof; but is that Antichrist, that man of sin and son of perdition, that exalts himself in the Church against Christ, and all that is called God.” 1646 Westminster Confession of Faith

THE BAPTIST CONFESSION OF FAITH (1689)
“The Lord Jesus Christ is the Head of the church, in whom, by the appointment of the Father, all power for the calling, institution, order or government of the church, is invested in a supreme and sovereign manner; neither can the Pope of Rome in any sense be head thereof, but is that antichrist, that man of sin, and son of perdition, that exalteth himself in the church against Christ.” 1689 Baptist Confession of Faith

CHARLES SPURGEON (1834 – 1892)
“Popery is contrary to Christ’s Gospel, and is the Antichrist, and we ought to pray against it. It should be the daily prayer of every believer that Antichrist might be hurled like a millstone into the flood and for Christ, because it wounds Christ, because it robs Christ of His glory, because it puts sacramental efficacy in the place of His atonement, and lifts a piece of bread into the place of the Saviour, and a few drops of water into the place of the Holy Ghost, and puts a mere fallible man like ourselves up as the vicar of Christ on earth; if we pray against it, because it is against Him, we shall love the persons though we hate their errors: we shall love their souls though we loath and detest their dogmas, and so the breath of our prayers will be sweetened, because we turn our faces towards Christ when we pray.” Michael de Semlyen, All Roads Lead to Rome

NICOLAUS VON AMSDORF (1483 – 1565)
“He (the antichrist) will be revealed and come to naught before the last day, so that every man shall comprehend and recognize that the pope is the real, true antichrist and not the vicar of Christ … Therefore those who consider the pope and his bishops as Christian shepherds and bishops are deeply in error, but even more are those who believe the the Turk (ISLAM) is the antichrist. Because the Turk (ISLAM) rules outside of the church and does not sit in the holy place, nor does he seek to bear the name of Christ, but is an open antagonist of Christ and His church. This does not need to be revealed, but it is clear and evident because he persecutes Christians openly and not as the pope does, secretly under the form of Godliness.” Nicolaus Von Amsdorf, Furnemliche und gewisse Zeichen, sig.A2r.,v.

FLACIUS (1570)
“The sixth and last reason for our separation from the pope and his followers be this; By many writings of our church, by the Divinely inspired Word, by prophecies concerning the future and by the special characteristics of the Papacy, it has been profusely and thoroughly proved that the pope with his prelates and clergy is the real true great antichrist, that his kingdom is the real Babylon, a never ceasing fountain and a mother of all abominable idolatry.” Flacius, Etliche Hochwichtige Ursachen und Grunde, warum das siche alle Christen von dem Antichrist … absondern sollen

ROGER WILLIAMS (1603 – 1683)
“Pastor Williams spoke of the Pope as “the pretended Vicar of Christ on earth, who sits as God over the Temple of God, exalting himself not only above all that is called God, but over the souls and consciences of all his vassals, yea over the Spirit of Christ, over the Holy Spirit, yea, and God himself…speaking against the God of heaven, thinking to change times and laws; but he is the son of perdition.”” The Prophetic Faith of Our Fathers by Froom, Vol. 3, pg. 52

One response to “The Antichrist”