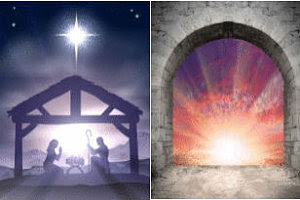 In grievous sin man was lost
To redeem him what would it cost?

God became man
It was all according to His plan

The Holy Spirit overshadowed Mary, for 9 months she bore the Christ child
This holy infant so tender and mild

Jesus would be our sinless sacrifice
He hung on the cross while, for His garments, the soldiers played dice

For our vice and depravity
Christ would suffer most acutely

He was crushed for our iniquity, and endured God the Father’s full wrath
Jesus chose this path

He cried out, “It is finished!”, and gave up His spirit. Such was the death of the Son
But Jesus was not defeated. This hill of Calvary is where our salvation was won

Death could not hold Him. Now rang the celestial bell
He descended into Hell

Christ preached to the lost, and set the righteous of old free
No longer would His Elect be eternally condemned for our iniquity

Three days later Christ’s rocky tomb shone with bright light
Behold, the Lamb of God was resurrected by His might

The grave could not hold the living Word of God
Satan and death were defeated, the Messiah we shall praise forever and laud

Because of Christ’s resurrection, we the spiritually blind shall see
By God’s amazing grace through faith we are saved and set free

Trust in Christ alone and preach the Gospel of sovereign grace
Let all people hear the Good News, until that happy day we shall see Him face to face 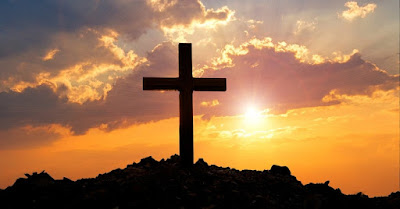 One response to “Advent Reflections Poem”