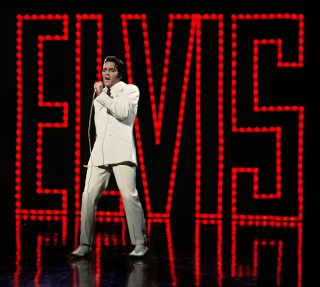 From the time I’ve been a small boy, about 5 years old, I’ve been an Elvis fan! My parents played his records on our old stereo. I’ve come across few male vocalists who have a combination of sheer power in their voice, the ability to convey emotion and feeling, the mastery of phrasing and intonation, and possessing a magnetic charisma which truly made them a superstar performer. Elvis had all of these in abundance.

Here is Elvis’ performing one of my favorites, “An American Trilogy”. The sheer power and command of his voice is dazzling! Elvis poured his heart and soul into every performance.

Here is a nice article on Elvis’ lifelong love of gospel music. “It was the gospel music that he turned to for inspiration and consolation. He was a person who appeared to be in conflict; he was not doing what he loved for a living … he had a career that had just taken him captive,” said Gospel Music Association President Frank Breeden.

Here’s my favorite Elvis gospel song, “How Great Thou Art”, which  he won his first Grammy for.

When Elvis’ beloved mother died, he was absolutely devastated and never got over it. It would haunt him until his last days. Elvis died tragically, at the age of only 42. Years of an unhealthy diet with high fat, high cholesterol, and high calories, and abuse of prescription drugs culminated in his death from heart failure. There’s still controversy over exactly what Elvis died from. You can read about it here. One startling fact from the Wikipedia article: In the first eight months of 1977 alone, George Nichopoulos, Elvis’ main physician,  had prescribed more than 10,000 doses of sedatives, amphetamines, and narcotics! 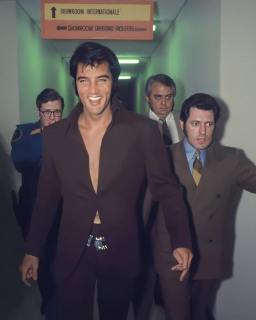 And here is my favorite Elvis’ song, “If I Can Dream” which was written after Dr. Martin Luther King, Jr. was assassinated. Elvis delivers a huge emotional impact, singing powerfully!