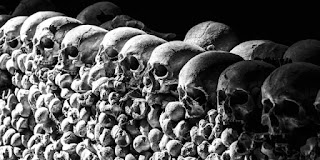 Martyrdom is no stranger to the Church. During the 1st century at the birth of the Church, and on through the next nearly 3 centuries the Christian community of believers was persecuted and martyred by the Roman government. Their martyrdom was the life blood of the Church. For all the persecution, the Church only grew. Today Christians are the most persecuted religious group in the world.

Then with the advent and rise of Islam in the late 7th century we saw a high number of Christian martyrs as Islam spread by the sword, conquering one Christian nation after another in the Middle East. The Middle East was for at least 6 centuries Christian.

In modern times, during the 20th century we saw widespread martyrdom happen associated with the 2 World Wars, and the rule of the Communists in Russia and China. Tens of millions of Christians were martyred. The 20th century began with the genocide of the Armenian Christians beginning on April 24, 1915 and continuing in the years after World War I. The Muslim government in Turkey (formerly the Ottoman Empire) killed at least 1.5 million Christian Armenians. In Russia, the atheist Communists persecution of Christians began March 8, 1917.During their 70 years in power, the Soviet government killed 20 million Christians (17 million Russian Orthodox and 3 million Roman Catholic). Many of these deaths occurred during the time of dictator Joseph Stalin. In China, the ruthless atheist Communist dictator Mao Zedong killed an estimated 45-70 million Chinese during the time of the decade long Cultural Revolution (1966-1976) alone. 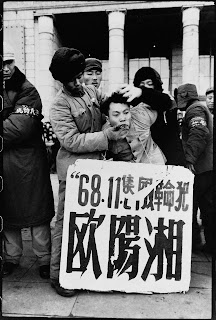 During the 21st century we’ve again seen widespread persecution of Christians due to mainly Muslims. Also there has been significant persecution from Communist, Hindu, and Buddhist groups. According to a report by The Center for the Study of Global Christianity, at Gordon-Conwell Theological Seminary, 900,000 Christians have been martyred in the last decade leading up to mid-2021. That’s 90,000 a year and works out to one Christian martyred every six minutes! And it’s predicted there will be 900,000 more martyrs per 10 years by 2025 and 1,000,000 every 10 years by 2050.

Dr. Todd M. Johnson,  Professor of Global Christianity and Mission at Gordon-Conwell Theological Seminary estimates that more than 70 million Christians have been martyred over the last 2,000 years. With more than half of those deaths occurring during the 20th century alone.

According to Open Doors‘ World Watch List 2021, 340 million Christians live in places where they experience high levels of persecution and discrimination, just for following Jesus. That’s 1 out of every 8 Christians globally! There was also a 60% increase in the number of Christians killed for their faith in the past year. 66% of the 2.3 billion Christians in the world today are in jeopardy. They live in dangerous communities, and they’re often poor and belong to linguistic, ethnic and cultural minorities. 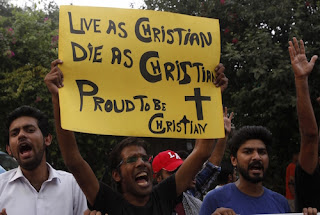 1 Corinthians 12:26 If one part [of the Body of Christ] suffers, every part suffers with it.

Please remember to pray for persecuted Christians worldwide. And help in a material way if the Lord places the opportunity before you! Let us live as they did, with a singular devotion to Christ and an active living faith of obedience. Philippians 1:21 says, “For to me, to live is Christ and to die is gain.” May we live a sanctified life, of continual repentance, obeying Christ’s commandments to us, and living for Him by the power of the Holy Spirit!

One response to “Christian Persecution”