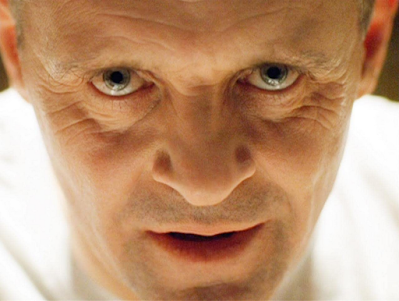 In my estimation, Sir Anthony Hopkins is the greatest actor of his generation! And one of the top 5 best actors of all time.

I recall watching him as an 8 year old child in 1984, he starred opposite Mel Gibson in The Bounty as William Bligh. He played captain of the Royal Navy ship HMS Bounty. It’s a far more authentic and accurate story of the mutiny on the Bounty. Even as a child I was impressed by his charisma and dedication to his role. This was my first Hopkins film I’d seen. 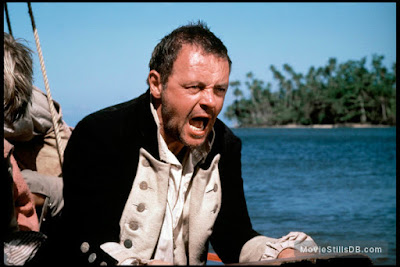 In 1991, came Hopkin”s performance in the film Silence of the Lambs as the brilliant, but utterly evil forensic psychiatrist Dr. Hannibal Lecter who became a serial killer. He was known for cannibalizing his victims (Hannibal the Cannibal as the press at the time said). This was an amazing performance by Hopkins opposite Jodie Foster. Foster gives a very strong performance as a young and inexperienced FBI profiler. Dr. Lecter relishes his interactions with her and toying with her psychologically. There’s is a strictly quid pro quo relationship And one where Hopkin’s character is the master, and Foster’s is the apt student. I don’t think I’ve come across a more sinister, yet multifaceted film character’s as Hopkin’s Dr. Lecter. Hopkins won a Best Actor Oscar for  his role in this film.

Hopkin’s would reprise his role of Dr. Lecter in the films Hannibal in 2001 and Red Dragon in 2002. These films were less subtle in their depiction of evil. There is more gore and less nuance. Yet Hopkin’s delivers extremely strong peformances in these films. He seems to relish being able to flesh out the role of Dr. Lecter more. 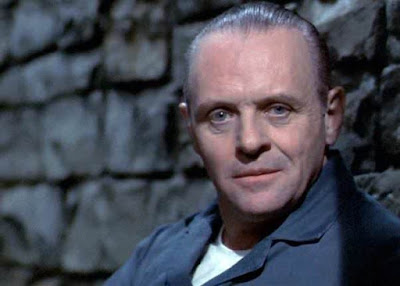 I saw him in 1992, he starred opposite Emma Thompson in Howard’s End which was set in Victorian England. This was an outstanding performance by Thompson (she won an Oscar). But Hopkins playing the amoral capitalist and was toe to toe with Thompson.

In  1993 I saw Hopkins in The Remains of the Day again opposite Emma Thompson. He plays an English butler who felt betrayed and his sacrifices for his aristocratic employer to be in vain. Thompson and he have a definite screen chemistry which, I believe, works so well in this film. 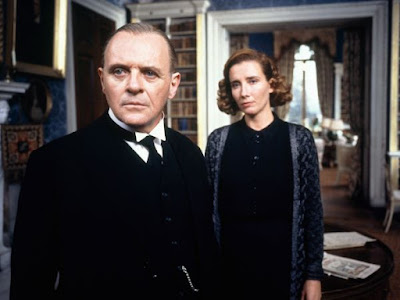 In 1995, I saw Hopkins in the film Nixon playing the American President. I read a good  bit about Nixon and Watergate and I felt Hopkins captured his deep seated insecurity and fearfulness. Another top 10 performance.

Hopkins did steady work in a variety of films throughout the 90s and through the 00s and 10s. He also did some fine TV work, most notably in 2016-2018 series Westworld.

Fast forward to 2020 and we find Hopkins in the film The Father. He gives a deeply moving and emotionally complex performance of a man who is losing his memory and thus his entire identity as he inexorably succumbs to dementia It’s a sad seeing the ravages of age, but Hopkins infuses dignity into the character and defiance. As someone who suffers from severe mental illness, including psychosis, I could relate to Hopkin’s characters tenuous grip on reality at times. At age 81 when the film was shot, Hopkins won a second Best Actor Oscar for  his role,  making him the oldest person to win an acting Oscar. 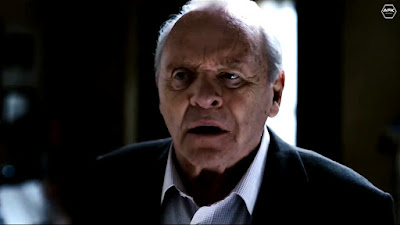 At age 83, Hopkins continues to be a highly sought after and in demand actor, who shows no signs of slowing down! I look forward to more work from him. What an amazing and brilliant acting career he’s had.

I would like to add that I’m very inspired by Hopkins celebrating recently 46 years of sobriety from alcoholism. My dear mother is a recovered alcoholic, so I’m intimately acquainted with how damaging addiction can be. It was through his experiences at becoming sober at an AA (Alcoholics Anonymous) meeting that the former devout atheist Hopkins came to believe in God. My mother also found sobriety by attending AA meetings and with the help of her Christian faith. Hopkins repented of his sins and trusts in Christ alone now.

Hopkin’s addiction started because of theatre life. As he said, “that’s what you do in theater, you drink.” “But I was very difficult to work with, as well, because I was usually hungover.”

But by 1975, his social drinking had given way to frequent heavy drinking. His drinking had spiraled out of his control.

“I was hell-bent on destruction,” Hopkins said. “It was like being possessed by a demon, an addiction, and I couldn’t stop. And there are millions of people around like that.”

“I was heading for disaster, I was drinking myself to death. I’m not preachy but I got a message, a little thought, ‘Do you want to live or die?’ I wanted to live and suddenly relief came and my life has been amazing.”

During an AA meeting in 1975, a woman asked him a simple straightforward question: “Why don’t you just trust in God?” Hopkins was desperate and thought to himself, “Well, why not?” Slowly things began to change in his life. “I could not stop [drinking], but I just asked for a little bit of help and suddenly, pow. It was just like, bingo,” Hopkins recalled.

His deep cravings for alcohol literally vanished overnight, “never to return again.” And he’s believed in God ever since. This is truly miraculous and shows God’s power if we submit to Him.

Hopkins has a hopeful message for those struggling with addiction: “Don’t give up. Just keep in there. Keep fighting. Be bold and mighty forces will come to your aid. That sustained me through my life.” 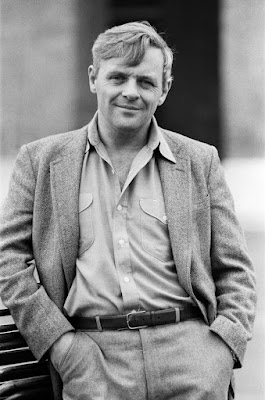 “If you chase the money, it’s not gonna work. And if you chase success, it’s not gonna work.” “You know, I meet young people, and they want to act and they want to be famous,” Hopkins explained. “And I tell them, when you get to the top of the tree, there’s nothing up there. Most of this is nonsense, most of this is a lie. Accept life as it is. Just be grateful to be alive.” “I believe that we are capable of so much,” Anthony said to the students. “From my own life, I still cannot believe that my life is what it is because I should have died in Wales, drunk or something like that. … We can talk ourselves into death or we can talk ourselves into the best life we’ve ever lived. None of it was a mistake. It was all a destiny.”  Before getting saved, Hopkins was a hardcore atheist. But now he feels sorry for atheists, comparing a life of disbelief to “living in a closed cell with no windows.” “I’d hate to have to live like that, wouldn’t you?” Hopkins asked poignantly.

By the way, Hopkins is also an accomplished musical composer! Here is André Rieu and his Johann Strauss Orchestra performing a waltz which Hopkins wrote.